This week, I wanted funny and lighthearted poetry and didn’t want to have to worry about copyrights and permissions and potential lawsuits, which aren’t always conducive to light comedic moods.

Luckily, there are centuries of great poetry in the public domain, and a surprising amount of it was written by A. Nonymous, who, aside from being incredibly long-lived, was also an accomplished novelist, journalist,  artist, and composer.*

What makes this particular poet so interesting to me, besides her (or his) wide range of interested and prolific creativity, is that for an inveterate gossip and whistle-blower, he (or she) appears to have been amazingly non-litigious and forgiving about minor changes in her (or his) early works.  If a suit was filed, it was certain that the plaintiff was not A. Nonymous, but only someone claiming to be him (or her), which, as Lewis Carroll might have stated,  is clearly impossible, either before or after breakfast.

So here are a few of my favorite funny bits of wordplay from A. Nonymous, copied in full and in part without the express permission of the author:**

A Country Summer Pastoral:
As written by a learned scholar of the city from knowledge derived from etymological deductions rather than from actual experience.
(Anonymous)

I would flee from the city’s rule and law,
From its fashion and form cut loose,
And go where the strawberry grows on its straw,
And the gooseberry on its goose;
Where the catnip tree is climbed by the cat
As she crouches for her prey–
The guileless and unsuspecting rat
On the rattan bush at play. 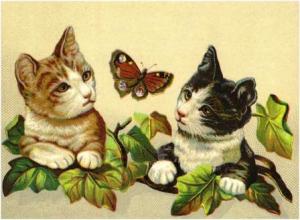 I will watch at ease for the saffron cow
And the cowlet in their glee,
As they leap in joy from bough to bough
On the top of the cowslip tree;
Where the musical partridge drums on his drum,
And the dog devours the dogwood plum
And the wood chuck chucks his wood,
In the primitive solitude.

And then to the whitewashed dairy I’ll turn,
Where the dairymaid hastening hies,
Her ruddy and golden-haired butter to churn
From the milk of her butterflies;
And I’ll rise at morn with the early bird,
To the fragrant farm-yard pass,
When the farmer turns his beautiful herd
Of grasshoppers out to grass.

I’ll admit that I decided to post this next one because I’ve been waiting for the perfect time to use the image.  But I love the  last four lines of the first verse—I didn’t memorize them on purpose, but they rattle around in my head sometimes like a semantic earworm.***

A Ballad of Bedlam
(Anonymous)

O lady wake!–the azure moon
Is rippling in the verdant skies,
The owl is warbling his soft tune,
Awaiting but thy snowy eyes.

The joys of future years are past,
To-morrow’s hopes have fled away;
Still let us love, and e’en at last,
We shall be happy yesterday.

The early beam of rosy night
Drives off the ebon morn afar,
While through the murmur of the light
The huntsman winds his mad guitar.
Then, lady, wake! my brigantine
Pants, neighs, and prances to be free;
Till the creation I am thine.
To some rich desert fly with me.

I picture a crusty old sailor reciting this to his grandson while floating paper boats off the pier—out of earshot of his daughter:

If  all the  World were Paper
(Anonymous)

“If all the world were paper
And all the sea were ink,
If all the trees were bread and cheese
What would we do for drink?

If all the world were sand O,
Oh then what should we lack O,
If as they say there were no clay
How should we take Tobacco? 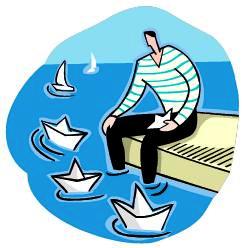 If all our vessels ran,
If none but had a crack,
If baboon apes ate all the grapes
How should we do for sack?

If all the world were men
And men lived all in trenches,
And there were none but we alone,
How should we do for wenches?

If friars had no bald pates
Nor nuns had no dark cloisters,
If all the seas were beans and peas
How should we do for oysters?

If there had been no projects
Nor none that did great wrongs,
If fiddlers shall turn players all
How should we do for songs?

If all things were eternal
And nothing their end bringing,
If this should be, then how should we
Here make an end of singing?

A. Nonymous also has a romantic side, which is no less playful.  The name doesn’t appear in any marriage records of this time period, but she (or he) was obviously aware that defining love is a lot like nailing jello to the ceiling.

LOVE’s a passion soft and kind;
‘Tis a balm to ease the mind,

This last one has many versions, but this is the one I learned by heart a while back,^ and typed out here from memory, thank you.  It isn’t Chaucer’s Prologue, but it’s a start.

The Company He Chooses
(Anonymous) 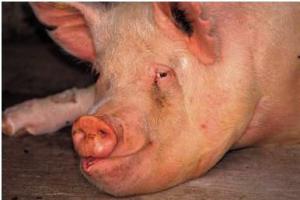 One day in late October, when I was three sheets sober
And bearing up my load with manly pride,
My legs began to stutter
So I lay down in the gutter
And a pig came up and lay down by my side.

We sang, “Tis all fair weather
When good fellows are together.”
Until a lady passing by was heard to say,
“You can tell a man who boozes
By the company he chooses.”
And the pig got up and slowly walked away.

Anyone have any favorites from Ms. (or Mr.) Nonymous?  Please share ’em in the comments!

*Although in these modern times, the ever-cutting edge A. Nonymous appears to spend his (or her) days texting, tweeting, commenting, trolling, and creating urban art.

**Seriously, though, if any non-anonymous author has been credited with any of these, let me know immediately, if not sooner.  Thanks.

***Hey Lyra—you think the Doctor has a framed cross-stitch of those lines hanging somewhere in the Tardis?  ‘Cause I do.