Clyota is safe at Cristina’s, but she still has that pesky, unconscious thief on her lawn.  She decides to make an anonymous call, as one does under circumstances like these . . . But there’s a problem . . . 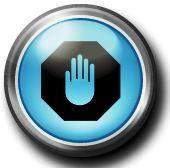 I logged into my personal account and entered my staff code.  I could contact the Police through the Library Network, which was as anonymously secure as it got—Sys Admin would know I’d made a call, and to whom, but no one else would, ever.  The Library didn’t just dishonorably discharge Librarians who failed to protect Patron Privacy, they permanently discharged them.

The terminal beeped.  I frowned and tapped in my code again. Beep.