My girl came to the study
and said Help me;
I told her I had a time problem
which meant:
I would die for you but I don’t have ten minutes.

My time sense has been doing odd things, lately.

I’m in that sort of anxious limbo between drafts, waiting for my betas to offer feedback and making preemptive notes on problems they could find but not daring to make any actual changes in case they don’t.

Time weighs heavy while I drift along, pretending to be absorbed in other projects.*

I’m also trying to get everything done that needs doing at work and home before I leave for Bouchercon next week: updating documents, ordering books, clearing my work desk, cleaning my writing space, answering e-mails, signing off on projects, packing, panicking.**

Time is going very quickly while I rush around like a madwoman, leaving trails of scribbled lists in my wake.

So naturally, when the time came (see what I did there?) to chose some poems for today’s post, I chose accordingly.

A lot of classical poems equate the passing of time, at whatever tempo, with the death of dreams, love, or plain ol’ Death death, and there are several more modern poem that deal with the entire human race rushing over cliffs like headless chickens with lemming-esque priorities, but aside from the irresistible quote at the top of this post,*** I felt I wouldn’t be doing myself or my blood pressure any favors wading through that lot.

So I found a few with more positive outlooks, including the James Whitcomb Riley one I shared last month, which supplies the perfect antidote to that strident voice in the back of my mind that keeps asking, “Haven’t you finished [insert goal here], yet?”

Go ahead and re-read it, if you have the time (HEY-o! Sorry, I’ll stop).  It seems to say that being present in each moment is more rewarding than going at full speed.   This is a tough concept to believe, but he might have a point—serenity isn’t precisely underrated these days, but no one seems to have the time to pursue it . . .

Reagardless, Mary Mapes Dodge has supplied the perfect answer when my children ask me why they aren’t old enough to do what those other kids are doing over there—or when my friends and I start moaning that we’ll never be on those ratzen-fratzen Thirty Under Thirty lists:

‘Mamma! mamma!’ two eaglets cried,
‘To let us fly you’ve never tried.
We want to go outside and play;
We’ll promise not to go away.’
The mother wisely shook her head:
‘No, no, my dears. Not yet,’ she said.

‘But, mother dear,’ they called again,
‘We want to see those things called men,
And all the world so grand and gay,
Papa described the other day.
And – don’t you know? – he told you then
About a little tiny wren,
That flew about so brave and bold,
When it was scarcely four weeks old?’

But still the mother shook her head;
‘No, no, my dears, not yet,’ she said.
‘Before you see the world below,
Far bigger you will have to grow.
There’s time enough to look for men;
And as for wrens – a wren’s a wren.
What if your freedom does come late?
An eaglet can afford to wait.’

And then there’s Thomas Moore, who understands that wasting time isn’t always a waste of time—and, frankly, I wouldn’t have thought the old boy had it in him, but I’m tickled to find out he did:

The time I’ve lost in wooing,
In watching and pursuing
The light, that lies
In woman’s eyes,
Has been my heart’s undoing.
Though Wisdom oft has sought me,
I scorn’d the lore she brought me,
My only books
Were woman’s looks,
And folly’s all they’ve taught me. 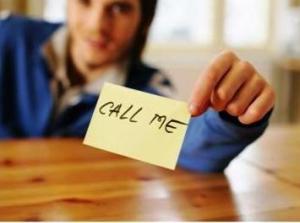 Her smile when Beauty granted,
I hung with gaze enchanted,
Like him the Sprite,
Whom maids by night
Oft meet in glen that’s haunted.
Like him, too, Beauty won me,
But while her eyes were on me,
If once their ray
Was turn’d away,
Oh! winds could not outrun me.

And are those follies going?
And is my proud heart growing
Too cold or wise
For brilliant eyes
Again to set it glowing?
No, vain, alas! th’ endeavour
From bonds so sweet to sever;
Poor Wisdom’s chance
Against a glance
Is now as weak as ever.

If Thomas Moore has no regrets, why should we?

And for a last reassurance, I offer you a link to Stephen Dunn’s “Poem For People That Are Understandably Too Busy To Read Poetry.”

What have you got to lose?

And now, having calmed my time anxieties, at least for now, I’m off to hit the bank and hunt down some lunch—I was so busy this morning hustling everyone out the door with theirs, I left mine in the fridge . . .

*To my wonderful, understanding betas: this  isn’t a complaint about your reading speeds at all, this is me being my usual neurotic self.  I can’t tell you how grateful I am for any time you extremely busy people can give my stuff.

**Brenda Hillman is, among many other things, the Poet Laureate of Real Motherhood, and just because I made that up just now doesn’t mean it isn’t true. “Time Problem” is sort of about helping a kid with math homework and sort of about trying to do everything else that needs to be done and why it’s impossible and why are we doing this and how do we breathe again?  Please read it and then read all her other stuff—you can thank me in the comments.