My ten-year old had a friend over last night, so no one had much sleep last night and I can’t vouch for the quality or coherence of this post or any of the comments I leave at anyone’s place today—though they could be pretty funny, in a surreal way. . .

I’m skipping the explanation Clyota gives to Charlie about what’s going on, since it would be a repeat of the stuff I’ve posted before.*

But after he remarks that she needs to watch her defense, she informs him that she’s flattened John Anderson-Smith a couple times, thank you very much: 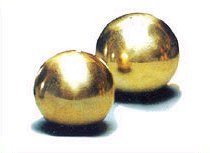 “He is the one kicking his heels in the Cooler, right?”

I held his gaze and tried to project sincerity.  “No,” I said, trying not to dwell on whether his eyes were more blue than green.  “I told you: I’ve never seen him before in my life.  So it won’t be necessary to pass his name to the Library.”

Charlie nodded.  “My mistake.  I was thrown by the unknown gentleman’s battered face, and his apparent interest in the stuff your mother sent you.  ‘Course, if he is the right guy,” he added, “he must have balls of solid stupid to follow you into a Library.”

*if you’re interested in any of it, search “Full Metal Librarian” in the window on the sidebar—if not, no hard feelings