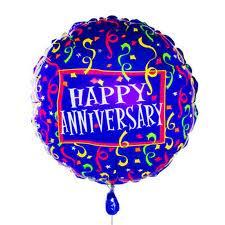 How about some applause?

They met at Miami University, in Ohio—both were school teachers taking a summer graduate course.  They sat next to each other in class, but hadn’t spoken much.

One day, it was very hot in the classroom, and flies kept buzzing in through the open windows.  My father, being a man of many diverse skills, killed the flies that landed on his desk by flicking them with his pencil.  After each kill, he would take the corpse and place it on Mom’s desk.  She was either too embarrassed to protest or was trying not to laugh, depending on whom you ask.

By the end of the class, Mom had a small mountain of dead flies and Dad had a ride back to Cincinnati.  Their relationship was strictly platonic, at least on Dad’s side—he was dating someone else.  Mom only says that he was very good-looking, if a bit slow on the uptake for a guy destined to be a psychologist.

Mom drove him back and forth throughout the entire summer,  until it finally dawned on Dad that he was having more fun with her than the girl he was dating.   So he stopped dating her and started dating Mom.  Finally.

The rest, as they say, is history and a lot of hard work.

Congratulations to the two coolest people I know!  Thank you for setting such a high benchmark!

For those of you who didn’t choose the fourth option in today’s poll, here’s your chance:

Sixteen days until the (arbitrary) deadline for my first draft of Pigeon.^   There’s a lot to do, but I know I can make it.

This isn’t another shipwreck.   I finally know how it’s going to end.^^  I know whodunnit and why and how.

I’m almost afraid to tilt my head in case the last chapters fall out of my ear and the twists unravel and the logic balloon collapses like a soap-bubble.

A Fanfic Recommendation.  No, seriously.

My friend Siobhan (she of the double dog dares) has been on bed rest for the last two weeks of her pregnancy,* which has given her a lot of time to cruise fanfiction.net.  Fanfic is her alternative to daytime television, because, as she says, some of the stories are actually good.

She’s particularly fond of strange crossovers and alternative universes—because she doesn’t have to stew about canon—and sends me links to the weirdest things, like the stars of Supernatural as dolphins fighting demonic tuna, or something.**

But I have to admit, she finds some awesome stuff in there, including a story she sent me two days ago.

If you enjoyed the BBC’s Sherlock series, or at least the original stories, and have read Terry Pratchett and Neil Gaimon’s Good Omens, then I highly recommend this story,  in which Aziraphale and Crawley feed some rather unusual ducks.  Ducks who behave completely in character.***

It’s eleven in a random (hey-oh!) series of BBC Sherlock shorts by a talented and extremely well-read writer who goes by Silver Pard.

Janie thanks everyone (with blushes and giggles) who congratulated her on passing the third grade and agrees that she was a cute baby, though she thinks she looks better with hair.

She would also like for me to hurry up and post this, so she can play Barbie Fashionista Grand Prix, or whatever it is.

^Yes, I am counting today, because my main writing sessions are in the evenings, after the kids go to bed.

*They had the date wrong, apparently, and pushed her due date back an extra three weeks.  I’m not sure she was told to stay in bed for the baby’s sake or because her OB was afraid she’d seek revenge.  And neither is her husband.

**No.  No.  I’m making that up—but I promise you someone out there is working on it already.