It’s Random Thursday again, and you know what that means:

A dear friend who is one of the most body-positive human beings I’ve ever met sent me this: 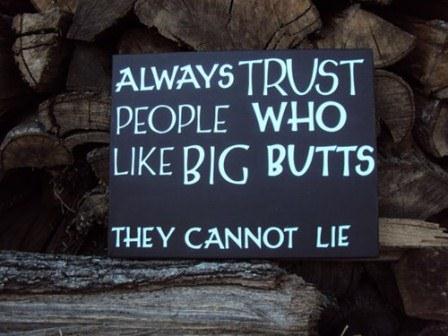 He also sent this—I know I’ve shared this here once or even twice, but it always makes me laugh, so I’m gonna do it again:

Words to live by, and one of the few Tom Lehrer songs I’ve memorized that are acceptable to sing in public:

We’d like to see Janie and her class perform this for the lower grades—can you imagine the sheer volume of ham?

Last week, Watson and I were trying to figure out what we were going to watch at our next more-or-less-weekly The Kids Finally Fell Asleep, Where’s the Remote Movie Night. Nothing really sounded right—we couldn’t even settle on a genre or a mood—so we decided to leave it up to chance and I went to work with a list of possibilities—whichever one I found first on the library shelves would be it.

Instead, as so often happens, I bumped into a shelving cart on my way to the stacks and sent a DVD case flying. I retrieved it, took at look, thought it had one of the worst movie titles ever, and brought it home.

It wasn’t on the list, but it was clearly the right choice—after the final scene, Watson and I looked at each other and said simultaneously, “Why don’t I own this?”

Simon Pegg is so very often the right choice around here.  Not only because of his undeniable comedic skills and my unrepentant fondness for red-headed men, but also because of scenes like this:

I’ve never seen Mr. Pegg in a interview or blooper reel where he didn’t seem like a genuinely nice, intelligent guy who loves his job—the implication that I’ve seen several of each is a clear sign of braincrush, if you still need one.

Plus, he saved the day in the last Mission Impossible movie, thus moving him from plucky comic relief to Serious Agent Hero.**  I actually tore my eyes away from Jeremy Renner for a second or two, speaking of impossible missions.

This one has moments of sheer elegance—I love the hammer and the golf clubs:

*Literally, “having shapely hindquarters.”  How can you not love a word like that?

**If you saw his SuperCop performance in Hot Fuzz first, this doesn’t come as a total surprise—except for the “Serious” part.

I’ve shared this video before, but it’s been two years exactly, and I have more than three followers, so I thought I’d do it again.

No matter what kind of an I Suck mood I get myself into, this video always helps:

Sung by the talented and überhammy Rick Wood, accompanied by the UC-Berkeley Octet in 2003.