That Creepy-Uppy kind of Love

Tim Minchin, ladies and gentlemen.  He is The Awesome.

He also wrote a couple of love songs I can’t possibly share on a blog where I write about my kids.

I know I’ve shared this before, but it’s so flippin’ adorable, like Holly Hobbie gone . . . off.

And you’ll be humming it for days.

Depressed about Being Single?

Let Christy Murphy turn you around: 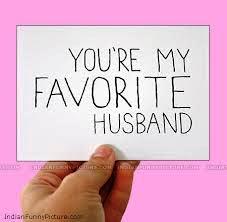 I don’t tell you this nearly as much as I should.

I don’t know about you, but after this week, I need a laugh in the worst way.

And just in case SOPA and PIPA do actually pass next week, I figure I might as well share as many of my favorite videos as possible with as many people as possible as soon as possible.

So here you go, a recent, random assortment of clips that make me do that laugh I warned you about a few Random Thursdays ago.

Best Benign Use of Just Because We Can Technology

It’s amazing what a couple of Wii controllers and some remote controlled Nao robots can, um, “accomplish” . . .

For extra JBWC technopoints, I found this through a Twitter retweet.

Lyra recently did a great post on her blog about what makes certain people sexy.  I shared a (cough) brief list of well-known people I found (cough) rather attractive.^

On that list—and let me know if you find this in any way a surprise—are several comedians.  One of these is Dara O’Briain.

Mr. O’Briain is so my type: big, brilliant, and funny like you wouldn’t believe.  Even a brief clip from one of his stand up routines can dissolve me into a helpless, sobbing laughpuddle, which has always been my personal kind of sexy.*

There’s a touch of strong language in this clip.  But since it’s spoken in an Irish accent,** it sounds like music, anyway.

He also hosts—or hosted, not sure if it’s still in production—a BBC show called Mock the Week, a sort of political Whose Line is it Anyway with the commentary provided by some scathingly funny comedians, one or two of which are also in my comment to Lyra’s post.

Segment clips can be found all over YouTube, though most of the show isn’t entirely safe for work or kids, unless you enjoy explaining insinuating or outright graphic (looking at you, Frankie Boyle,*** but who isn’t?) jokes to your boss and/or children.  My  very favorite clip from the show is probably this one, though the outtakes are hilarious, too.

I’m a huge fan of both Metallica and Bill Bailey’s musical comedy.  Put them together with my adoration of eclectic musical instruments, and you get yet another braincrush:

Sorry for the momentary memory lapse, Mr. Bailey—it was late and I was tired.  Won’t happen again.

And finally, another love song from the incomparable Tim Minchin, just to prove that he is the natural heir, one hemisphere removed, to Tom Leher:

^My husband, while deserving to be on any and all listings of attractive, sexy people, is not universally well-known and therefore wasn’t up for discussion at the time.  How was that, honey?

*And also explains why Rowan Atkinson is on the list, though, as I mentioned over at Lyra’s place, when Mr. Atkinson is being interviewed, but not actually performing, he’s attractive in a more conventional, cerebral way (the frontal lobes on that man . . .)

**Which alone makes this man swoonworthy, in my opinion.  Voices, accents, and syntax have always fascinated me, though in a way slightly closer to  My Fair Lady than  A Fish Called Wanda.  Hush, I said slightly.

***Mr. Boyle looks like a man-sized boy scout—clean cut handsome with red hair and black-rimmed glasses—and has a beautiful Glaswegian accent.  But he tells some of the filthiest, most tasteless and scathing jokes and one-liners you’ll ever hear—funny and clever as hell, but Not Safe For Most.  The kicker is that right after he fires off one of these things, he does this mischievous little grin that makes him look about twelve—it’s fascinating that the most normal, charming thing about him actually seems the most off-kilter in comparison.