And about 35 seconds of Up Yours, Mister in the middle, there.

You’ll know it when you get to it.

Even More Psychosis-Inducing Than The Original

. . . who called the other day to inform us that taxpayer’s hard-earned money would be better spent in supplying free laptops and city-wide Wi-Fi to citizens than on libraries and the salary they pay me for sitting on my rump all day, reading trashy novels.

Good luck to you, sir.

Could someone please explain this poem to me?

Why is the wheelbarrow so crucial?
Are the chickens significant or just co-dependent?
Is  the rain metaphor or meaningless?

Alternative Title:  “Consent is not a grey area.”

The Last Line Sells It

I kid.  Scroobius Pip is one hell of a performance poet, I just can’t share most of his stuff here until my kids are old enough to know when not to recite his lyrics in public.

It’s been so long since I did a Poetry Wednesday around here. I miss it, sometimes, especially when my poetry folder falls off the printer and a cascade of metaphors flutter everywhere and cover the cat.

Another folder that’s becoming unwieldy is the one in my browser, which is full of articles, lyrics, and possibly three-fourths of The Poetry Foundation website.

And videos. Because I love slam poetry, too.

In an effort to rescue some of those amazing performed works that are at risk of moving so far down the list that they can never be retrieved, I thought I’d share a few of the ones that spoke most strongly to me at this time and in this place.

Like Jesse Parent’s advice, which turns out not only to be for those who want to date his daughter, but who want to know how to raise one of their own:

I found several by Taylor Mali—he of the fabulous “I’ll Fight You For the Library” which I adore more than is probably healthy—but chose this one because we are all teachers and we should all teach like this, even and especially starting at 2:52:

And then this one left me wondering if Mark Grist is single—I’m not, but I have many, many friends who might like to meet a man with tastes like his and it’s wonderful to know that they exist:

And because it’s been one of those weeks and Ms. Ferro made me laugh so hard I cried, out of recognition and hope and because it’s #$@!ing hilarious:

I’d already compiled this when I found out that John Shaw,
amazing poet and good friend, has a poem in the Front Porch Review
but I didn’t want to wait.

It’s called “Periodicity“,
and as I told him, it made me feel all the warmth of being young on a summer day,
which is a most welcome miracle. 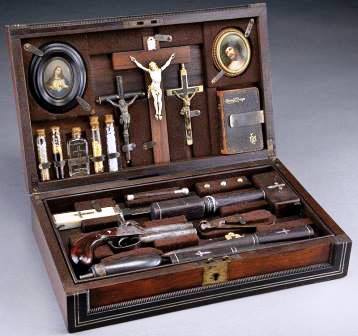 (from Dangerous Minds: thanks for sharing this on Facebook, Paula!)

Why Poe’s Raven
(not to mention the tintinnabulations of those danged bells, bells, bells)
gets us every time.

Why did the Turduken Cross the Road?

To get away from the Cthulken:

I don’t blame it one bit.

The brainchild of Rusty Eulberg who hails from Lubbock, Texas (at least on this plane),
the Cthulken combines all the flavorful weirdness
of crab, turkey, octopus, bacon,
with just a soupçon of existential dread.

The story of its conception is here.

You may be thinking
(supposing you’ve recovered from the horror of imagining the carving)
that this is really more of a Thanksgiving random bit.

But forewarned is forearmed.

(photo borrowed from @damana, which is as far back as I was able to trace)

I know I’ve shared this once or twice before,

Aren’t these the most adorable zombies ever?

I mean, the benchmark’s pretty low, but still.

‘Cause they probably haven’t eaten all the good candy, yet.

Better go back to last weekend, just to make sure.

Another tender zombie love story,
from a Martian’s POV

I know I’ve voiced opinions about Shakespeare around here before—hard to avoid it, really—though looking at past posts, I’ve mostly just complained about how it seems like every member of the Association of Gorgeously Voiced British Actors appears to be contractually obligated to recite the same five summers-day-beauty-is-in-the-eye-of-the-besotted sonnets, which completely ignores the other hundred and a half.*

What’s worse, it seems to me that even when someone’s secretary accidentally transposes numbers and an AGVBA member records a surprise (#103, anyone?), it still tends to sound the same: carefully pronounced and enunciated in exactly the same sonorous, soothing way, Modern English rhyme clunkers and all.**

You could argue that while Shakespeare’s plays are meant to be performed to be fully understood—which is why high school students can have such a tough time slogging through a reading of Hamlet—the sonnets aren’t, unless one is pitching woo at a potential lover who has the fortitude to be the focus of a point-blank recitation of #18 without gigglesnorting  or the self-esteem to be compared, falsely or otherwise, to the subject of #130 without being vaguely insulted.***

But just as watching a performance of a Shakespearean play doesn’t magically grant understanding of every line, reading Shakespeare’s poetry silently to oneself doesn’t fix those rhyme clunkers—or solve my little ennui problem.

Luckily, linguist David Crystal and his son, actor and writer Ben Crystal, have at least a partial solution.

According to them, it’s all in the pronunciation:

How cool is that?

It doesn’t solve all the cultural references, of course but it does clear a lot of the contextual static; all those fuzzy puns and definitions, all those off-kilter rhyme schemes and scansions suddenly start harmonizing just by tuning one’s inner ear to a different key.

And to this lover of language and staunch defender of Chaucer, it’s a fascinating key.

For those language nuts among us who want to know more about of Original Pronunciation, or for those who just want to hear more of Ben Crystal’s voice in its OP register,^ he gave a terrific lecture on the subject (and in that pronunciation) a few years ago. It’s an hour and a half long, but Mr. Crystal is a wonderful speaker and likes to make his audience laugh, so it’s well worth it.

If you need a little more convincing to spend that much time on historical accents, however earthy, here’s a teaser:

I don’t know about y’all, but the next time I encounter a Shakespearean sonnet, I’m gonna read it in pirate.^^

*Which isn’t to say that I wouldn’t welcome any member of AGVBA  to visit any time they like and recite anything they wish in my living room for as long as they see fit.

Let me not to the marriage of true minds
Admit impediments. Love is not love
Which alters when it alteration finds,
Or bends with the remover to remove:
O no; it is an ever-fixed mark,
That looks on tempests, and is never shaken;
It is the star to every wandering bark,
Whose worth’s unknown, although his height be taken.
Love’s not Time’s fool, though rosy lips and cheeks
Within his bending sickle’s compass come;
Love alters not with his brief hours and weeks,
But bears it out even to the edge of doom.
If this be error and upon me proved,
I never writ, nor no man ever loved.

***Don’t start with that one, gentlemen—it’s not as reassuring as you’ve been told it is.

^Which totally makes him eligible for the AGVBA—who’s with me?

^^Though I’m sure my favorite performance of the St. Crispin’s Day speech (Henry V) will always be in pure, unapologetic Bronx:

Dave Kellett, whom I’ve mentioned here before, is the creator of one of my favorite webcomics, Sheldon, which is ostensibly about a ten-year old billionaire and his talking duck (and the billionaire’s best friend, his grandpa, and his pug and the talking duck’s lizard son)

Not only is Sheldon sweet and funny and sarcastic and nerdy, it also examines literature, philosophy, language, historical precedent . . .  and poetry:

Sheldon® is owned lock, stock, and legalities by the amazing Dave Kellett, who has so far been blessedly non-litigious about my borrowing of his strips for this blog, possibly because he doesn’t know me from Eve.